Close up view of the Long Rod Version Engine which had the undersquare Bore/Stroke, used a
Wet Multi-Plate Clutch on the Primary Side and had a 27mm Delorto Carb w/rubber mounted
remote Float Bowl. The later CR Engines had a 30mm Carb and the Final Imported engines
from 69-70 had 35mm Delorto Carb.

Aermacchi made 2 Configuration Motors for the CR/CRTT Sprint. The early engine (1961-65)
was undersquare 66mm x 72mm and referred to as the Long Rod Motor. In late 65 they
started mfg the Shortrod engine which was oversquare bore/stroke 72mm x 60mm, had a
Dry Clutch, Bendix Scintilla Magneto and was available with a 4 or 5 speed gearbox.
The Shortrod Engine could turn over 10,500 rpm and was a Superior Engine for long tracks and
Road Racing; however a long rod motor might work better on an indoor short course.
Debateable, Either way they had to be detuned to run on an 1/8 mile or indoor as they had
extremely radical camshafts in the OEM CR motors.

This was the American Built DT Frame that the CR used. The Bike was never avaliable
as a Complete Bike, You had to buy it in a Kit Form. When the Dealer ordered it
you got a Frame, Front Forks, Alloy Racing wheels, but no Tires. Fuel Tank, solo seat
and rear Fender. Depending on what part of the Year you ordered it in you might
have to wait for your Engine to be Shipped from Italy from the Aermacchi Factory...
In all the years that I have seen Race Results from these Bikes in DT Races, I have never seen
the word Aermacchi ever used in the Brand name of the Winners, always HD...
Something Harley is pretty good at, Taking Credit for something they never Built
but put their Label on (i.e. aka Rotax). Look at the AMA Racing Archieves and all the
Races in the late 70'S & 80'S that were won by ROTAXS have HD in the MFG Column.

Here is a Factory Spec Sheet for a 1966 CRTT. Weight is shown at 215lbs. Now remember the
CRTT is essentially the RRer Model which has Rear Suspension (shocks) Brakes, etc.
Since the CR used the Spool Type KR Racing Wheels & Lighter Hardtail Frame You could get
the weight down too or under the 200 lbs mark if you were resourceful...

Mike Connell's 1966CR. This is pretty close to what a Factory Kit Bike was like that had the Shortrod Engine

Hey Dennis, read your site many times a day, thanks. Thought I'd let you know, the 42Y Sprint on the Sprint Page is mine...

Never raced that one, but was ridden by Steve Poggi at Del Mar years ago. My old CR, was a rigid Hensley

Rod Lake's #25 Cal Rayborn Replica CR utilizing a Sonicweld/Trackmaster Chromemoly Frame.
The Bike has the Longrod engine which is easily distingished by the right side case that doesn't
have the large hump of the Bendix Scintilla Magneto and vent cover of the Dry Clutch.

Gene Romero rode a Sprint as a Novice.

This is a pretty well known Pic at Santa Fe in 1961 where Resweber, Markel & Leonard were all on CR DTers

Darrell Doval's CR at Sturgis. Darrell was one of the first
racers to experiment w/ larger Carbs on the CR Engine. He installed
an 1-3/8" Amal GP Carb that I believe came off a Matchless and used
it quite Successfully. Darrell must have known something in those
early days as the Last CR Engines had 35mm(1-3/8") Delorto Carbs on
them.

On your Sprint page, you have a photo taken at Sturgis in 1968 of National #53. That was my uncle Al Mathwig.

Al passed away this past January. I was wondering if you might be able to add his name below the photo.

Bike is in pristine condition. Everything correct.  Was for sale on VFT for sale page

I have and ERS that is all original, even including the tires. Hardly ever used.
Was traded in for a new sportster several years ago. Been in my garage/shop since.
Bill Thomas

Saw your web site and thought I would send a couple of photos of my '69 ERS.

It's all original with no restoration with the exception of the recovered seat.

I raced it once in a vintage flat track event in Ventura, Ca. some years ago.

Tried to follow Jim McMurren around, but that didn't work to well!  Regards,  Randy Reed

Lino Tonti, a veteran of Aermacchi, Bianchi and Gilera, designed a race bike called the "Linto" just before he was
hired at Moto Guzzi. The engine in the Linto was essentially two Aermacchi top ends grafted onto a single crankcase.

Dick Linton raced a Linto at the Classic Senior Isle of Man TT in the mid Eighties
and raced Aermacchis in the Junior class during the Seventies.
He is now a supplier of Aermacchi parts in England 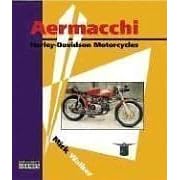 Text below was copied from motocorse.com site and translated by google.
The related photos are no longer available - vft

Did Anyone ever see a Linto engine in a Flat Tracker?

If you have any interesting CR Sprint photos or tech info, send-um!  vft

The best use of a H-D Sprint?

Charlie Seale's Sprints were for sale on VFT